MPGU rector Alexey Lubkov received a letter of gratitude from Lebanese University and ROSSOTRUDNICHESTVO for support and condolences.

Head of ROSSOTRUDNICHESTVO in Lebanon, Vadim Zaichikov and DRI General coordinator Dr. Zeinab Saad sent a letter of gratitude in the name of the President of Lebanese University Dr. Fouad Hussein Ayoub and teachers of the university for condolences that MPGU sent after a devastating explosion in Beirut on 4 August 2020.

It is a horrible catastrophy and an unimaginable tragedy. I hope, we will continue our cooperation in the future, wrote Dr. Zeinab Saad

On 4 August 2020, a large amount of ammonium nitrate stored at the port of the city of Beirut, the capital of Lebanon, exploded, causing at least 181 deaths, 6,000 injuries, US$10–15 billion in property damage, and leaving an estimated 300,000 people homeless. A team from the University of Sheffield estimated that the explosion was the equivalent of 1,000 to 1,500 tonnes of TNT — about a 10th of the intensity of the nuclear bomb dropped on Hiroshima in 1945.

«Lebanon is deeply affected by this tragedy. We are profoundly shaken to hear the news and we are sharing with the country their grief. We address our words of sympathy and support to the families of the deceased and we wish the injured to recover as soon as possible … We, Russian teachers, will not leave colleagues alone. We will get through this together»- these words are a part of the letter that Alexey Lubkov and MPGU International Office sent to Lebanese Univerisity right after the tragedy.

You can read the article in Russian here.

On February 11-12, 2021 a delegation from Lugansk State Pedagogical University (The University of Luhansk) visited MPGU to sign an agreement of cooperation. The aim of the agreement is to develop scientific, educational and research partnership beween the two...

Happy Chinese new year. Wish you good health and much success in 2021! May this new year be filled with happiness, prosperity, and many precious moments with your loved ones. Open your windows to allow good luck to...

A long-term MPGU partner Weinan Normal University sent a batch of 30,000 medical disposable masks. MPGU is very grateful for the support of our partner and hopes that the epidemic will be over in the nearest future.

MPGU just became one of the co-founders of UNESCO International Media Informational Literacy Institute (MIL). In addition to The Autonomous University of Barcelona, Spain where the Headquarters of the Institute will be located, there are 11 regional partners on...

Dear students and colleagues,   MPGU International Relations Office wishes you the great year ahead of you. 2020 was a tough year for many of us. We wish you that 2021 will replenish your life...

On December 25, 2020 International Relations Office held an online conference with foreign students of  Institute of Biology and Chemistry, Instutute of Childhood, Institute of Fine Arts. This meeting belongs to the series of meetings between MPGU...

On December 24, 2020 International Relations Office held an online conference with foreign students of the Institute of Social Studies and Humanities This meeting belongs to the series of meetings between MPGU foreign students...

On December 15, 2020 MPGU International Relations Office held an online conference “Social and Cultural interaction with students during the pandemic. Best practices, new ways of cooperation” with partner universities. The conference was attended by European and CIS colleagues from...

CRIFPE (University of Montreal) invites to webinars on problems of contemporary education.
23 / 11 / 2020

On November 16, 2020 an online meeting of representatives of MPGU and University of Clermont Auvergne (UCA) took place. MPGU was presented by members of International Relations Office, Institute of Philology and Institute of Foreign Languages. UCA – by representatives...

On October 30, 2020 MPGU hosted a conference between Ministry of Education and Ministry of Culture of the Russian Federation on the issue of implementing the following general professional educational programs of higher education: 44.00.00 Education and pedagogical sciences, 53.00.00 Musical...

From September to November 2020 at the initiative of UNESCO Institute of information technologies in education MPGU implements a project Media and Information literacy in digital world: how to educate teachers together with UNESCO programInformation for Everybody. This project...

On October 30, 2020 MPGU Buddy Club held an online Halloween party for international students of MPGU partner universities and foreign students of MPGU Russian as a foreign language faculty. The event  was attended by students from...

On November 1, 2020 MPGU celebrated 148-th anniversary. It was the first time in MPGU history that the University celebrated it online. MPGU Rector Alexey Lubkov, sent greetings to students and his colleagues. In his speech he thanked...

On October 13, 2020 an online excursion at MPGU for students from partner universities. An online meeting of this format was the first of its kind and brought together students from the University of Clermont-Ferrand (France), the Eurasian...

Due to the Coronavirus pandemic flu vaccination was organized at MPGU on from October 07 2020 to October 11 2020. Although such vaccination takes place every year, in 2020 vaccination has been taking place on a bigger...

Due to precautionary measures implied to prevent the spread of COVID-19 MPGU has launched a Call-centre to make the process of online-learning more convenient and effective.  The aim of the Call-centre is to help MPGU students and professors...

On July 7, 2020 MPGU took part in V Forum of Russian and Iranian Universities Rectors which was held online this time due to the Coronavirus pandemic. More than 50 Russian and Iranian rectors, vice-rectors and professors discussed cooperation between the...

Summer school Exploring Russia: events, people, ideas is going to take place in August 2020 in Moscow. The summer school is organized by Autonomous non-profit organization Tourism and hospitality development in the contemporary world sponsored by Fund of...

Zhengzhou University and a company «KitRus» sent to MPGU 2 batches of disposable face masks. Both instituions are affiliated with MPGU since Zhengzhou University is a long-term MPGU partner in student exchange programs, whereas some employees of «KitRus»... 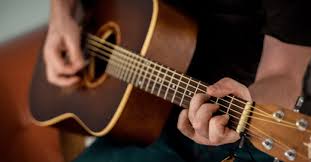 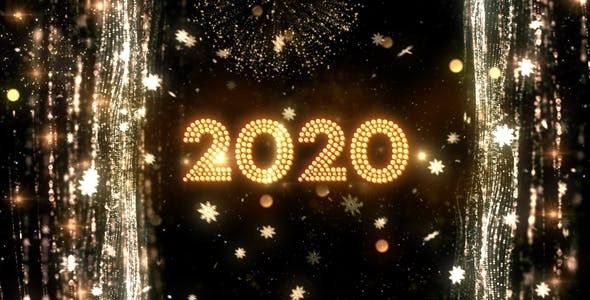