As one of the oldest pedagogical universities in Russia, MPGU holds a special place in history. 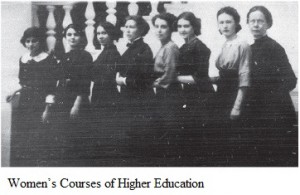 On November 1, 1872 Russian historian V. Guerrier established «Women’s Courses of Higher Education» — the first educational institution in Russia for women with the endorsment of Alexander II, the Emperor of Russia. Prior to that women could pursue higher education only abroad. Starting from 1874 women took 3-year courses in the following disciplines: Russian and foreign literature and history, physics, mathematics, ancient and modern languages. In 1900 2 Departments were established: the Department of History and Phylosophy and the Department of Physics and Mathematics. In 1906, the Department of Medicine was established.

In 1912 the post – graduates of WCHE were given permission to do research work that was scientifically relevant and emphasized the role of women in science. Four years later WCHE started to issue diplomas equal to those of the Moscow State University — the oldest and the biggest university in Russia. The following eminent Russian scientists worked in WCHE: N. Zelinsky (the inventor of the activated charcoal gas mask), Pr. P. Minakov (one of the founders of forensic medicine expertise), M. Shaternikov (the founder of the physiology of nourishment), A. Kots (the founder of Darwin Museum of Natural History) and many others. 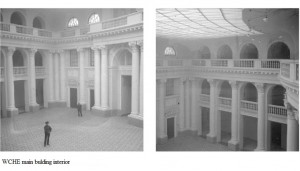 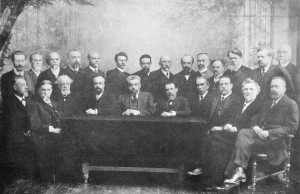 In 1918 WCHE was renamed the Second Moscow State University. The Pedagogical Department was founded in 1921. Among the outstanding professors working there were P. Blonsky, L. Vygotsky, S. Shatsky, O. Shmidt. At that time the Second MSU started to train future village school teachers. The University introduced to the curriculum work experience and the teachers’ guidance.

At that time the union of Pedagogical Universities of Moscow and Moscow region was established. Its main goal was to introduce new pedagogical methods into the teaching process. Before the Great Patriotic War of 1941-1945, the university was named after Lenin. MSPI surmounted all the difficulties and hardships of the war. Students, faculty stuff, professors went to the front, worked in factories and hospitals. 4 students were awarded the title of Heroes of the Soviet Union. Although MSPI is a pedagogical education institution, during wartime the University teachers conducted research for the Soviet military. MSPI chemists discovered some new metal corrosion inhibitors and ways of removing rust from guns, defectologists worked at the methods of the restoring hearing to the deaf soldiers, geographers put effort into mineral exploration.

At the end of 1950 MSPI became the leader in young teachers’ training. In addition, MSPI scientists have greatly contributed to the scientific progress: S. Balezin discovered inhibitors of atmospheric corrosion, under the guidance of E.V. Shpolsky a new physical effect was founded and named after him. In recognition for the dedicated service in the field of pedagogy and research development, the University received Order of Lenin from the Presidium of the Supreme Council of the USSR in 1972.

In 1990 MSPI was transformed into MPGU — Moscow Pedagogical State University. Currently it has 14 Institutes, 3 Faculties, 59 Research Schools, 1 Secondary School, 10 Research Centers. 4 academicians, 10 members of the Russian Academy of Education, 4 members of the Russian Academy of Science and 13 honorary professors work at the University. The University was one of the first in Russia to implement bachelor and master programs to comply with the Bologna declaration standards. Since 2007 the University receives Government support and funding for developing innovative educational programs as part of the prestigious National Project “Education”. In 2008 the University establishes the research center «Nanoeducation» for experimental and theoretical studies of complex biopolymers and nanomaterials. In 2009 MPGU was included in the State collection of particularly valuable cultural heritage objects of the Russian Federation.

In the 21st century MPGU aspires to contribute to the improvement and development of the system of pedagogical education not only in Russia but world-wide. The University has strong international activity and has established relationships with more than 120 international universities.