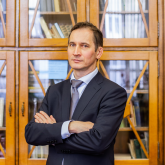 
Head of the International Relations office 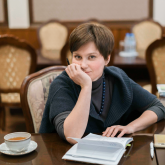 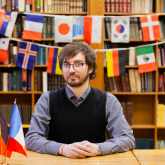 
Head of the International Students Department 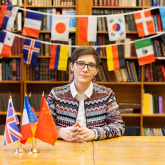 
Senior translator
Associate professor of the Department of world literature 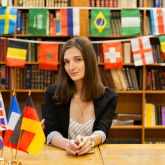 
Head of the Department of International Cooperation 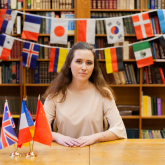 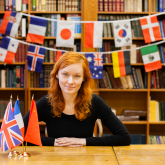 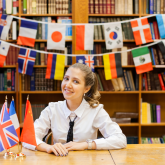 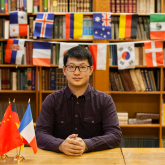 
Head of Passport and Visa Department 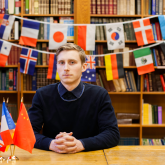 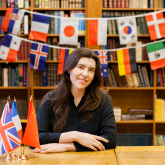 Brief history of the Office

Our university’s activity in the sphere of international cooperation has a long history. It began in 1948 when the first foreign students came to Moscow State Pedagogical Institute named after Lenin (MSPI). Just by the end of the 1950’s MSPI had become one of the leading USSR universities in the sphere of scientific pedagogical personnel training for foreign countries. During the post-war years students from countries-allies of the USSR — China, Vietnam, Laos, Cambodia, Korea, Mongolia, Algeria, Syria, Ethiopia, Hungary, Peru studied in our university as well as in other major USSR universities on the basis of international exchange agreement. The majority of foreign students studied preschool pedagogics, psychology, biology and chemistry, mathematics, physics and philology.

The beginning of the 1960s was marked by enrolment of a large number of foreign students to MPGU. At that time the admission of foreigners on average was 50-60 people annually, and the total number reached 300 students.

In addition, some organizational departments responsible for instructing foreign students appeared at MPGU. In 1964 the Department of Russian as a Foreign Language was established. In the 1960’s Russian language teachers began to be employed (more than 100 persons annually) at schools and universities of Yugoslavia. At that time the Komsomol organization of MPGU organized the first exchange of student groups with the youth organizations of Zagreb University. Also in 1967 the Dean’s office for foreign students was established.

In the 1970’s the number of countries that sent their citizens to study at MPGU increased. Citizens of Bulgaria, Poland, the German Democratic Republic, Yugoslavia, Vietnam, Cuba, Afghanistan became students of MPGU. It is worth mentioning that in the1970’s along with foreign students and postgraduate students there was a great number of trainees that studied mostly at the Faculty of Philology and the Faculty of Primary Education. At the turn of the1970-1980’s trainees from Great Britain, France, the USA appeared among the MPGU students. By the 1980’s citizens of North Korea, China, Egypt, Syria had joined our students. The Olympic Games of 1980 in Moscow as well as the construction of MPGU student residences in the south-west of the capital contributed to the increase in the number of foreign students.

In 1980 the International Cooperation Office was established, and in 1993 it was reorganized into the Department of International Relations that exists up to the present time. At that time the student group exchanges continued, organized by the Komsomol organization of MPGU and youth organizations of socialist countries. Particularly at that time student construction brigades were organized with visiting university students from Bulgaria, German Democratic Republic and Czechoslovakia. The Komsomol organization of MPGU received a medal from International Union of Students for successfully developing international cooperation.

In the following years the scope of responsibilities of the Department of International Relations broadened together with the main directions of MPGU’s international activity: working with foreign students and foreign partner universities, participation in international projects and programs, collaboration with international organizations and foundations. Currently MPGU teachers and staff members take part in activities of the the «Русский мир» (“Russian world”) organisation and a number of German, British, Dutch foundations, as well as American council of teachers of Russian and TEMPUS.

In 2007-2008 the Office of International Relations carried out a number of educational projects with foreign partners and arranged large-scale qualification courses for university staff abroad.